Sick People Can Be Good Parents Too 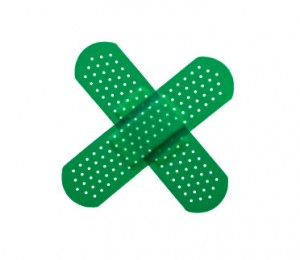 I guess that I could take the stand that Alaina Giordano’s estranged husband is a rotten, no good, heartless bastard who left his wife when she got cancer and then stole their kids from her. But that would be too easy. Besides, the Internet is filled with bloggers who have already jumped to that conclusion, perhaps without knowing the entire story.

That story, played out in recent days online, in major publications and on TV, is about the mother with stage IV breast cancer whose husband filed to remove their two children, ages 11 and 5, from her custody because she is ill; her cancer has metasticized to her bones. The children’s father, Kane Snyder, wants to move them from her home in Durham, North Carolina, where she has her cancer treatments that have kept her alive and relatively healthy since 2007, to Chicago, where he has a new job.

Giordano, of course, doesn’t want her kids to leave, nor does she want to move to Chicago when her doctors have done a good job of keeping her alive and seemingly healthy looking. There were allegations both ways of infidelity and of abuse. I don’t even want to go there with this post.

Where I want to go is the courtroom, where Judge Nancy Gordon decided, essentially, that a healthy dad is better than a sick mother. In her decision to give the father full custody, she said, “children who have a parent with cancer need more contact with the non-ill parent,” and declared that children need a normal childhood “and it is not normal with an ill parent.”

But what’s “normal” is doing what’s right for the children. And what’s right is that they get to spend as much time with their mother as they can before she is no longer healthy enough to take care of them by herself or with help anymore.

Look, I understand the part about trying to protect the kids from the effects of cancer. When my kids, then 10 and 8, were going to visit me in the hospital while I was getting a second five-day infusion of chemotherapy, I took great care to make sure they didn’t see anything too upsetting while they visited. I put on makeup (a.k.a. I drew on eyebrows) and I got out of bed and walked around the oncology floor with my kids and my chemo pole.

Even at home, there were times when they saw upsetting things during my cancer treatments, especially when my occasional and sudden excruciating bone pain dropped me to my knees — right at their feet. I was up again soon, explaining as I slowly rose to sit on my son’s bed and explain that what they had just witnessed was a side effect of the medication that was making me healthier.

But I’ll never forget the terrified look on their faces.

Would I prefer that they never had seen that? Of course. But was it better when I was in the hospital and away from them for much of a month? Hell no.

I was not my cancer. I was and still am their mother. I did my best to care for my children while I was sick with the help of my husband, our family and loads of wonderful friends and neighbors. And, from what I’ve seen of Alaina Giordano on TV, I was far sicker than she appears to be right now. I had an aggressive cancer that required aggressive chemo that made my hair fall out, my muscle tone disappear and my energy drain. Essentially, it was a dirty bomb of the biggest, baddest chemotherapy out there, and it made me sicker than the cancer did.

But no one ever suggested that my kids shouldn’t see me when I had cancer.

I was not my cancer. Sick parents can be good parents, too. We shouldn’t let our fears of death and dying get in the way of doing what’s right for children. And if Alaina Giordano loses her kids now, we will be setting a dangerous precedent for all children whose parents have cancer. Worse, we’ll hurt her children more than they already do and will, when cancer is the one that takes her from them forever. 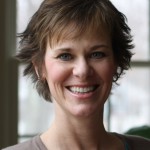 Jen Singer is the creator of ParentingWithCancer.com and a stage 3 non-Hodgkin’s lymphoma survivor.

Share and Enjoy:
Posted in For Parents, For Spouses & Caregivers | Tagged custody, parenting with cancer

Previous Entry: Not Done on Earth, Thank You Very Much
Next Entry: Got a Parent with Cancer? Tell Your Folks What’s Wrong.