Got Cancer? Yeah, You Ain’t So Tough. 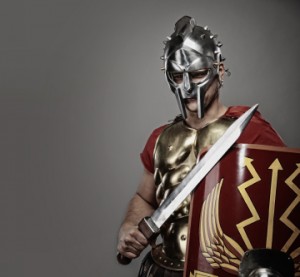 I am not a warrior.

My attitude didn’t kick cancer’s butt. The chemotherapy and radiation did.

My go-fight-win attitude didn’t make my cancer go away, but here’s what it did do:

But I was lucky. I had a “curable” cancer and proven therapies available from one of the best hospitals in New York City, if not in the country. I had good health insurance, thanks to my husband’s job. I had a neighborhood of people who cooked for us and took my kids to swim practice and for playdates. And I had a supportive and loving family. If I didn’t go-fight-win with all that on my side, what a shame that would have been.

And yet, I also cried and worried and feared that I wouldn’t still be here today. I suffered from agonizing bone pain that dropped me to my knees now and then — this for a woman who’d had natural childbirth. I’d catch a glimpse of my two sons running by the window as they played ball outside, and I’d pray that I would be here long enough to see them grow up.

At those moments, I wasn’t so tough at all. I wasn’t a warrior. I was just a parent with cancer. And you know what? That’s perfectly okay.

No, I am not a warrior. I am a survivor, and when it comes to beating cancer, attitude isn’t everything, nor is it the only thing.

Previous Entry: Got a Parent with Cancer? Tell Your Folks What’s Wrong.
Next Entry: Debbie Vinyard Wants You to Be Happy First