Dead Beatles: What to Say — and Not Say — to the Kids About Cancer 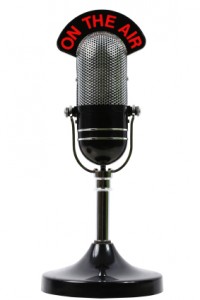 “Which was the one who was shot?” my third grader asked, pointing to a Beatles poster in the waiting area at his brother’s piano lessons.

“And who’s the other one who’s dead?” he asked.

“George,” I replied, hoping he wouldn’t ask how he died. I never thought that explaining cancer to my child would be scarier than discussing gun violence. But that was before I had cancer.

“What’d he die of?” he asked, predictably.

“Throat cancer.” I tried to sound both emphatic and nonchalant. In other words, not the cancer I had and not all that common.

“Oh,” he commented. “He must have sung his heart out.”

Great. Now my child – the one who was in the choir at Christmas and aspires to be his generation’s first American Idol – thinks you can get cancer from singing.

“Actually, no,” I corrected him. “He smoked a whole lotta cigarettes.” I felt like I was letting a fellow cancer sufferer down by placing the blame on him, and yet I was grateful for the anti-smoking cautionary tale.

He sat quietly for a while, while I imagined what he was thinking: If smoking causes cancer, and my mom doesn’t smoke, how come she got cancer?

I thought about explaining that some researchers and doctors believe that the incidence of my cancer, non Hodgkin’s lymphoma, has increased 70% over the past 20 years, possibly because of exposure to pesticides and chemicals, but I didn’t want to scare him. I’m frightened enough for both of us.

I contemplated telling him that my immune system may have been weakened from endometriosis, thereby adding to my risk, figuring that he’d feel relieved because he can’t get a “girl’s disease” like endometriosis.

Instead, I took him for ice cream. While he was enjoying his cone, I checked my phone messages at home. My oncologist had called with the results of my first post-remission PET scan. “Jennifer!” he cheered. “I hope you feel as good as this scan looks.”

*Originally ran on GoodHousekeeping.com in 2008

Previous Entry: Enduring Cancer’s Long Trail Ahead
Next Entry: The Know: A Message to the Cancer Fighters