Life Lessons from the Newtown Obituaries 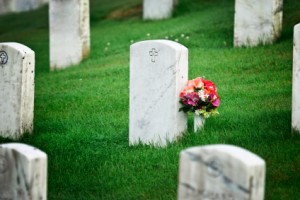 Everyone was standing around the living room, silently eating cake from paper plates. A room crammed full of people that I didn’t know were memorializing a woman I barely knew, the wife of my husband’s co-worker who’d died of cancer. I squeezed onto the crowded leather couch, and watched a continuous loop of photos of the deceased – with her husband, with her friends, with her kids — accompanied by maudlin music on a laptop. The pain in the room was palpable, and I wanted to run out the door.

Just a year in remission from an aggressive form of non-Hodgkin’s lymphoma, I knew that it could easily have been my own funeral, having come just two months from death myself. And yet it was nothing like what I’d pictured for my final farewell. Although I understood that people grieve in their own ways, that’s not how I wanted to have my life memorialized.

On the way home, I called my brother.

“If I die first, you’re in charge of my funeral,” I told him. “I want upbeat music and funny stories and laughter.” No silent cake-eating for me.

Now I have another request for my brother, having read the heartbreaking obituaries of the children who died in Newtown, Connecticut: I want my obituary to read like theirs and not like an adult’s.

Obits for adults are mostly about where they worked and what honors they received:

“He was employed by Hewlett Packard for 36 years.”

“She volunteered for the Springfield Animal Shelter.”

“She received a Lifetime Achievement Award from the Oakland Chamber of Commerce.”

But children haven’t lived long enough to rack up many achievements, so their obituaries read much differently. The Newtown obits illustrate how:

“Ben loved the local soccer program, often running across the field long after it was actually necessary, but always smiling and laughing.”

“James would often sing at the top of his lungs and once asked, ‘How old do I have to be to sing on a stage?’”

“Emilie could always be found with her markers, colored pens and paper, because as she put it, ‘I have so many ideas of things to draw and it is hard to remember them all.’”

“Allison would often surprise people with random acts of kindness, once even offering her snacks to a complete stranger on a plane.”

For adults, obits are about what they did. But for children, they’re about who they were. It’s about their spirit, that nebulous thing we sense when we’re around people we love and enjoy. As a result, the obituaries for the children of Newtown could end up less of a reminder of how they died than a lesson on how to live.

I’m not suggesting that adults skip their weekly status meetings so they can “twirl in a pink tutu,” like six-year-old Olivia of Sandy Hook Elementary School did. But maybe you can bring some homemade banana bread now and then, or lend your jacket to a co-worker who’s chilly. Or make everyone laugh.

I’m asking my fellow adults to reconsider how you’d like to be remembered, and then start living that way in small ways, every day. Live so that your obituary reads less like a résumé and more like a tribute to someone who will be dearly missed.

On Christmas, my brother, his daughter and my sons each wrote about a dozen one-sentence tributes to my 75 year-old mother. My son thanked her for sharing stories from her “infinite memory.” My brother recalled how she always made sure his soccer team had both the green and the orange-flavored Gatorade at half-time. I wrote about the time she danced the jitterbug with me in the back of a store, only to discover we’d been on closed-captioned TV at the checkout counter the whole time.

In a little jar, one slip of paper at a time, we shared what it is about her spirit that will stay with us for a lifetime. At her funeral as at mine, there will be no silent cake-eating. There will be music and laughter, and our obituaries will read like a child’s.

Previous Entry: PARENTS WITH CANCER: “Anger Hurts.”
Next Entry: How to Be Middle-Aged